Carberry Motorcycles’ first stand alone engine, that was made in India, is already on sale in the country and is also being exported 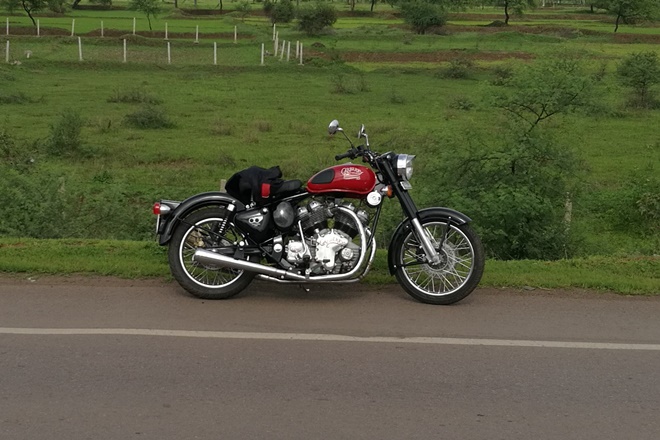 Carberry Motorcycles moved its operations to India only last year and has announced the launch of its new 1000cc V-Twin engine. Now that we’ve seen the big, grunty engine, it would something to see what the motorcycle will be like. Well, there is good news. The Carberry V-Twin motorcycle is ready and is being tested extensively before launch in India later this year. We saw the pictures and we were impressed enough and now we have had a glimpse into what the motorcycle is capable of – it looks like it will be quite a joy to ride. Also, it is heart warming to see motorcycles being developed and built by enthusiasts. Carberry started out its life in Australia but ceased production in 2011. Now, Jaspreet Singh Bhatia has teamed up with Paul Carberry, and the Carberry brand is back! Their first stand alone engine, that was made in India, is already on sale in the country and is also being exported. The engine, priced at Rs 4.96 lakh, will be powering the Carberry motorcycle, which by the looks of it appears to be a Bobber style bike.

We had a word with Jaspreet, who has stressed on the fact that the objective behind the development of the 1000cc V-Twin engine was not to provide modification options to Royal Enfield owners, but to build a Carberry motorcycle powered by this engine. It is, however, also available as a stand alone engine if someone does want to spice up their Royal Enfield.

Carberry motorcycles have enjoyed popularity for their smooth delivery of torque in lower revs, minimal vibration and a deep exhaust noise. Our video provides a clear view of the motorcycle which blasts past leaving behind a throaty exhaust note. The video was taken by a person on a Royal Enfield Bullet 500 on full throttle. 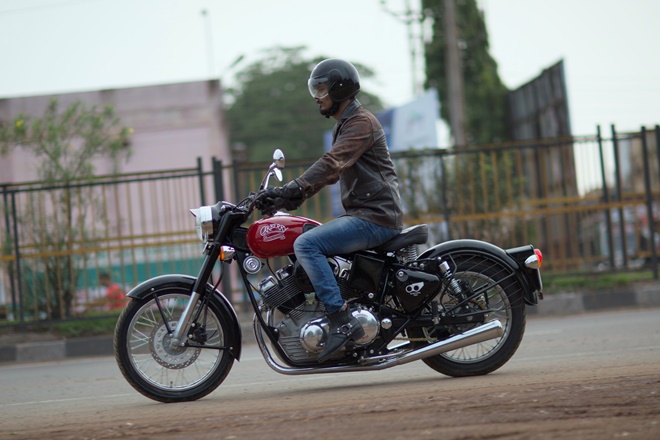 The 1000cc engine is ready for sale and includes the primary drive and the transmission. It inherits the long 90mm stroke from the RE and uses the cylinders, heads and a five-speed gearbox from RE as well. The frame is lengthened and strengthened and the primary drive is upgraded. It gets a heavy-duty starter motor and the clutch unit is one that is even fit for a 2-litre car engine. 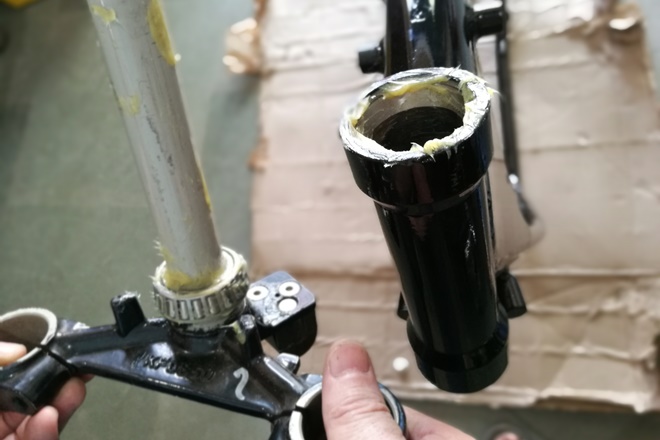 Carberry is still awaiting some clearances from ARAI for its engine, which is currently available for existing Carberry motorcycles and exports. The company is accepting bookings for the engine at 50 per cent deposit. 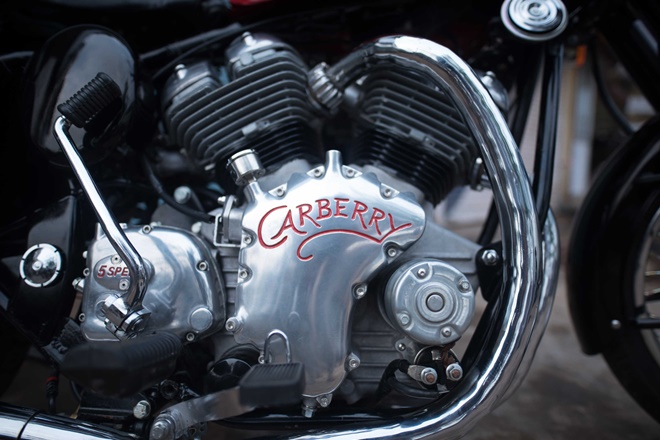 After watching this video, it is quite clear that Carberry will even give big fish like Harley-Davidson a run for its money. The Street 750, Street Rod and Iron 883 may be in rough waters when this Carberry motorcycle arrives. 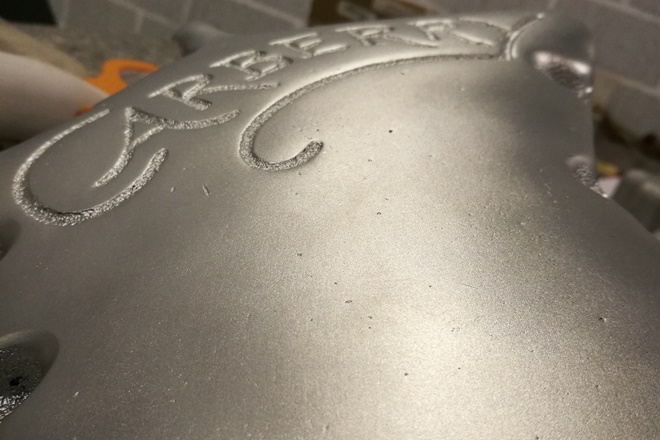 The engine is the brain child of Paul Carberry who had wanted to combine to two single-cylinder engines to make one powerful 1000cc unit. Royal Enfield engines were chosen for this job, and it also caught the attention of CEO of Royal Enfield Siddhartha Lal who expressed interest in what Carberry was up to. The talks went on for many months, however, ended nowhere. But fret not, the powerful V-Twin motorcycle is now a reality and we hope to see it go on sale soon.