The upcoming Jawa and BSA motorcycles will be manufactured at the company’s production facility in Pithampur. The first product is expected to be launched next year. The production of Jawa came to a halt in the year 1996. 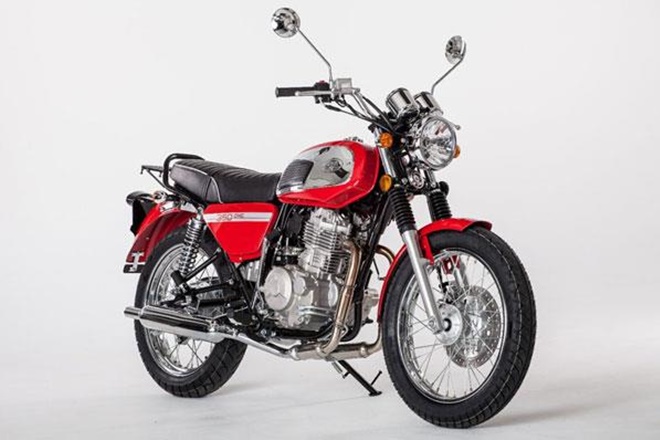 Mahindra two-wheelers will start the production of Jawa and BSA bikes in India by July 2018. The information has been revealed to Express Drives by its sources close to the development. The production of the two motorcycles will take place at the company’s factory at Pithampur. The Indian two-wheeler maker had acquired Jawa and BSA bikes two years back. While the Jawa brand will make its re-entry to India, the BSA motorcycles are primarily intended for the international markets. The new Jawa motorcycles will be a delight for all those who wish to own a piece of the iconic brand. Exact details about the upcoming Jawa and BSA motorcycles like the engine displacement and features are a mystery at the moment. In India, the Jawa Yezdi was popular among the masses during 1960-70s. The production of the said motorcycles came to a halt in the year 1996.

Mahindra will also be coming up with new Yezdi based motorcycles and these are expected to be launched sometime next year. Mahindra had announced a few months back that they are quitting from the mass market segment soon and in such a case, Mojo will be the only product left under the company’s stable. The Jawa bikes will not be sold under the Mahindra brand name and hence, the company will be using a different nameplate.

Now after acquiring Jawa and BSA motorcycle brand, Mahindra is trying to create its own niche in the premium motorcycle segment. During 1970s, Jawa motorcycles and Royal Enfield motorcycles used to be tough rivals but the latter zoomed ahead with increasing popularity among the masses. Now with the new Jawa, Mahindra will try to give a tough fight to Royal Enfield once again. The pricing for the upcoming Jawa motorcycles is not confirmed at the moment but we expect the first product to come at a price of under Rs 2.5 lakh. More details to be revealed in the coming days!