Both, the BS6 compliant Yamaha FZ 25 and the FZS 25 will be launched in India post lockdown. Ahead of the official launch, the company has revealed the official accessories for the two bikes along with their prices. 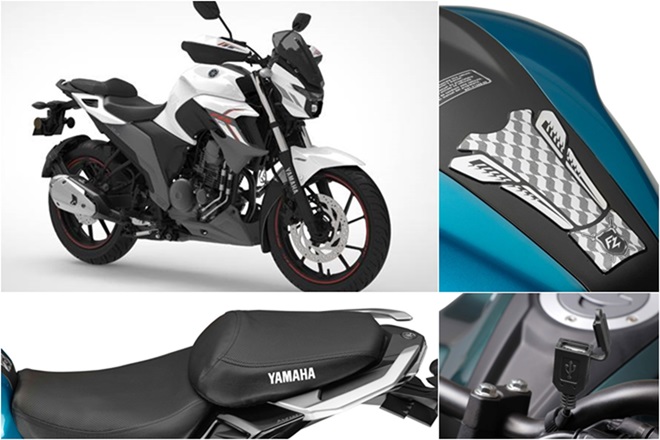 Yamaha Motor India has revealed the official accessories for the upcoming FZ 25 and FZS 25. The company further announced that both these 250cc bikes would be launched in India once the ongoing lockdown lifts up. Yamaha has revealed a total of five optional accessories for these bikes along with their prices. Going into the specific details, the first one is a bike cover that can be yours for a price of Rs 835. Second up is the engine guard that is priced at Rs 990 and as the name suggests, it protects the engine in case of a light crash and also prevents small stones from hitting the motor while going off roads.

Another one is a USB charger with the help of which, you can charge your phone on the go. This one is priced at Rs 750 and in case you want an additional cable, that will cost you Rs 60 more. Yamaha is also offering a seat cover for the BS6 compliant FZ 25 and the FZS 25 and this one costs Rs 425. Last but definitely not the least, a tank pad is also a part of the optional accessories and this one will cost you Rs 200. The benefit of this accessory is to protect the tank paint from small scratches and at the same time, to also add a stylish element to the bike.

As already mentioned, BS6 Yamaha FZ 25 and the FZS 25 will be launched in the coming days after the lockdown. In addition to the features on the FZ 25, the FZS 25 comes with bits like knuckle guards and a taller windscreen to support mile-munching. Powering the two motorcycles is the same 249cc, air-cooled engine that produces respective power and torque outputs of 20.8 hp and 20.1 Nm. Expect the prices of the BS6 models to be considerably higher compared to the outgoing BS4 FZ25.

Stay tuned for more such updates! For the latest auto news and reviews, subscribe to our official Express Drives YouTube channel.