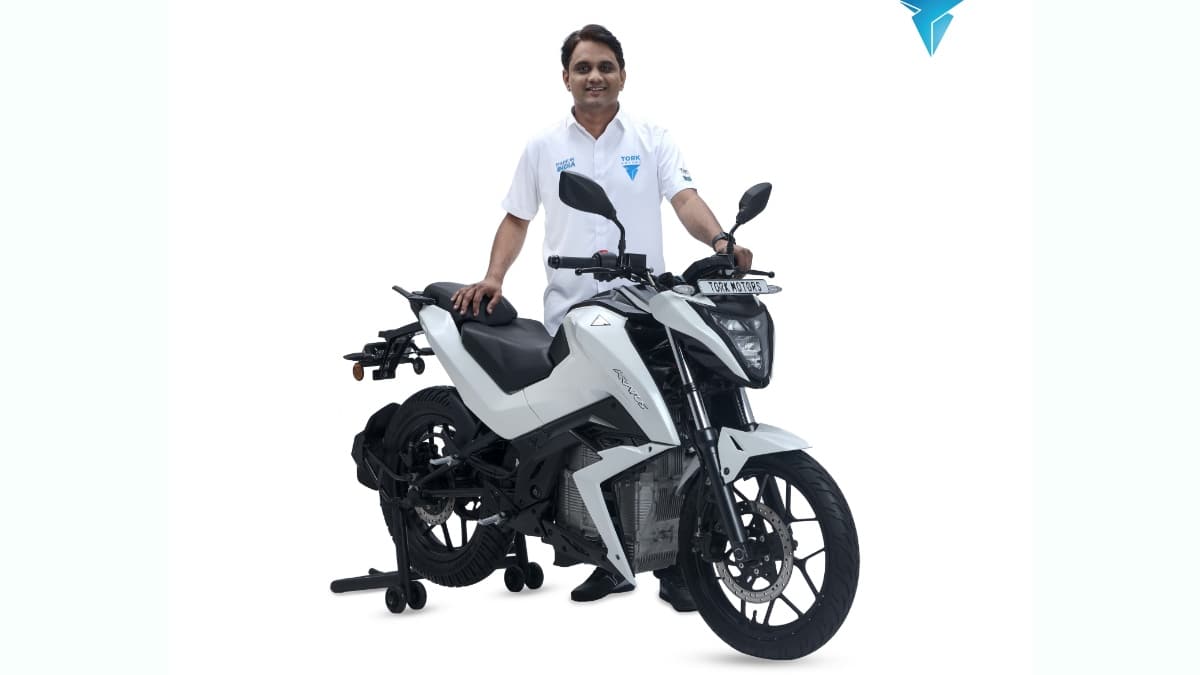 Bharat Forge-backed start-up Tork Motors on Wednesday launched two electric motorcycle variants — Kratos and Kratos R. The Kratos has a range of 120 km with a maximum speed of 100 kmph.

The electric motorcycles have been priced Rs 1.07 lakh and Rs 1.22 lakh (ex-showroom, Pune), respectively. The motorcycles can be charged at home or the fast-charging network, T Net, being set up by the company.

Kapil Shelke, founder and CEO of Tork Motors, said deliveries would commence in Pune by April 2022. This was not an assembled bike but all the parts have been built in-house and even the motors were built from scratch, Shelke said. Kratos is powered by the company’s proprietary Tork Liion battery pack.

Tork Motors has set up a plant in Chakan that can make 40,000 bikes per annum. Work is underway at the plant and is expected to start production and be in full flow by end of the first quarter of 2022-23. “This is a micro-manufacturing model which can be replicated in three months and can be replicated at will,” Shelke said.

Tork was looking at raising money to scale up activities but it may not necessarily be by equity dilution. Money received from bookings would assist us in scaling up activities, Shelke said.

Amit Kalyani, deputy managing director, Bharat Forge, said they came in as a strategic investor in Tork Motors in 2018 as they were impressed with what Tork was trying to do by designing, developing and manufacturing a world-class electric motorcycle in India. Kalyani said they would be looking forward to working closely with Tork in future. Bharat Forge makes the aluminium casings for batteries for Tork.

Tork is at present looking at having a network of 100 dealers. The company would be offering remote servicing of vehicles at the customer’s doorstep. Tork has tied up with HDFC & Axis Bank for the financing customers.

The electric bike will be launched pan-India in two phases. This starts with Pune, Hyderabad, Chennai, Bengaluru, Ahmedabad and Delhi. They would go to 100 cities in the second phase by end of this year.