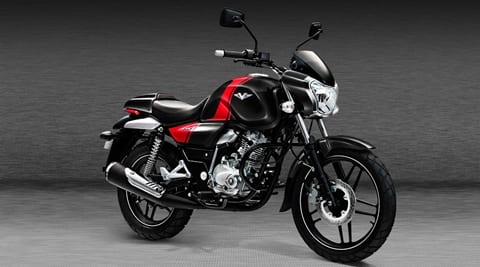 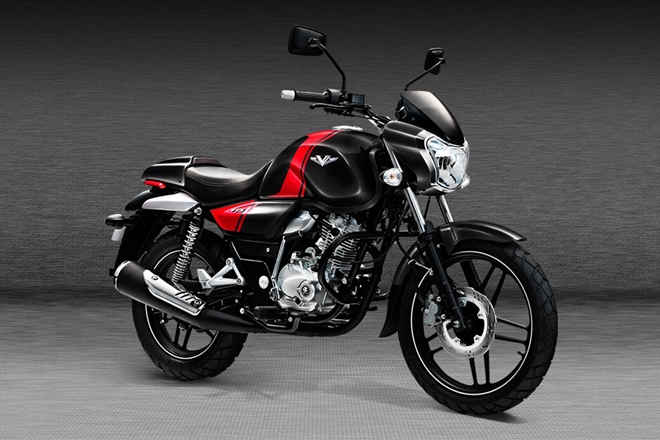 In order to expand its customer base, Indian motorcycle manufacturer, Bajaj Auto has silently added another variant to its V12 range. The commuter motorcycle is now available with a front disc brake variant at a price of Rs 68,400, on road, Delhi. The V12 is smaller sibling of V15 and is powered single cylinder, 4 stroke air cooled DTS-i engine, but the company has reduced the bore and stroke of the engine. The 124.5cc engine produces 10.5 hp of power at 7,500 rpm and 10.9 Nm of torque at 5,500 rpm.

The braking duties on the disc variant are done by 240 mm disc at up front and 130 mm at the rear. The Bajaj V12 also gets telescopic front forks at the front and twin Nitrox (Gas filled) rear shocks. The executive commuter motorcycle measures 2,040 mm in length, 785 mm in width, 1,066 mm in height and has a ground clearance of 165 mm.The kerb weight of the motorcycle is 133 kg and it has fuel tank capacity of 13 litres.Bajaj Auto launched its V range in 2016 with V15 which quickly it gained popularity due to its connect with Indian Naval Carrier INS Vikrant. In January 2017, the company introduced the V12 with drum brakes. 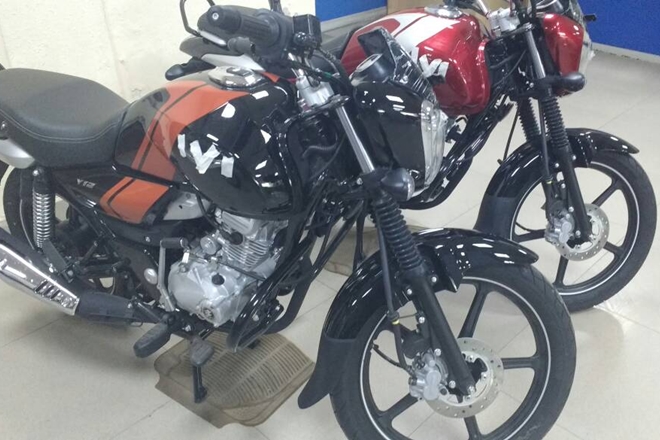 However, due to new introductions in the commuter as well as Bajaj Auto registered a downfall of 21 percent in its total sales. The company witnessed 19 percent decrease in its domestic sales wherein they sold 1,61,930 units, while the exports segment registered 44 percent increase in its sales. The manufacturer exported 1,32,002 units in April 2017.