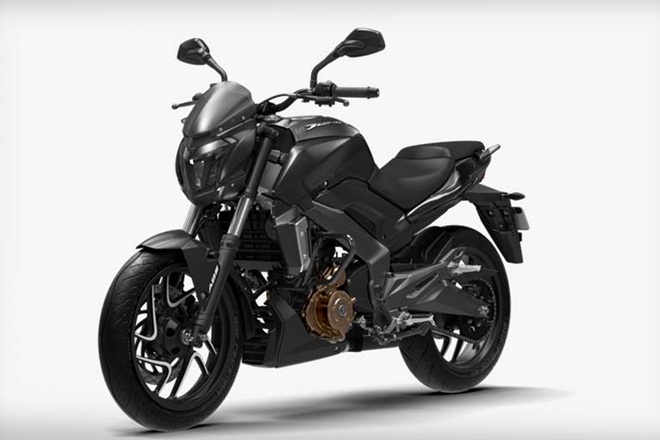 Bajaj Auto has silently updated the Dominar 400 with a new matte black colour and now the motorcycle is available with a total of four colour options, namely; the new Matte Black, Midnight Blue, Twilight Plum and Moon White. The new matte black coloured Dominar 400 has already started arriving at Bajaj dealerships in the country for sale. and is priced at Rs 1.41 lakh for the non-ABS version and Rs 1.55 lakh for the ABS variant. Bajaj launched the Dominar 400 last year in December at Rs 1.36 lakh for the standard version and Rs 1.50 lakh for the ABS (Antilock Braking System) variant. Moreover, Bajaj had recently increased the price of the motorcycle along with other select model range. Besides the addition of new matte colour, the Bajaj Dominar 400 remains unchanged mechanically.

The Dominar 400’s cruising capability is accentuated with wide handlebars and footpegs placed forward and a 43 mm telescopic fork up front and a multi-step adjustable monoshock at the rear. The braking duties are performed by disc brake at the front and the rear. The Dominar 400 also gets full-LED headlamp with AHO (Auto Headlights On) feature, reverse LCD instrument cluster, diamond cut 17-inch alloy wheels and MRF FC1 and C1 tyres.