The new Yamaha Fazer 250 will be the semi-faired version of the FZ25. The motorcycle might get ABS as optional along with AHO (Automatic Headlamp On) unit. 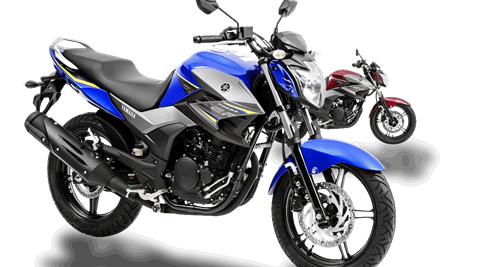 India Yamaha Motor is currently testing the Fazer 250, a semi-faired version of the FZ25, which was launched in the country in February 2017. The new Yamaha Fazer 250 will be powered by the FZ25’s engine, a 249 cc single-cylinder, air-cooled unit that produces a maximum power of 20.6 hp at 8,000 rpm and churns out a peak torque of 20 Nm at 6,000 rpm. The engine is paired to a 5-speed transmission.

The upcoming Fazer 250 will take design cues from its naked sibling and will be equipped with a twin LED headlamp as well as split LED tail lamp. The Yamaha FZ25 does not get ABS (Anti-lock Braking System) even as an option, however, considering the upcoming legislations set to make ABS compulsory, Yamaha might offer ABS as standard on the Fazer 250.

With the addition of the fairing on the Fazer 250, it can be positioned as a tourer motorcycle. The two-wheeler manufacturer will also offer the new Yamaha Fazer 250 with a monoshock rear suspension, dual disc brakes, all-digital instrument console and Automatic Headlamp On (AHO) function, all of which will be shared with the FZ25.