A motorcycle that runs on water! Yamaha’s XT 500 H2O is the next big thing for these reasons

Apart from the fact that the Yamaha XT 500 H2O will be one interesting water-powered motorcycle, it will also revive the iconic XT 500 dual-purpose motorcycle that was made from 1975 to 1981. More details below. 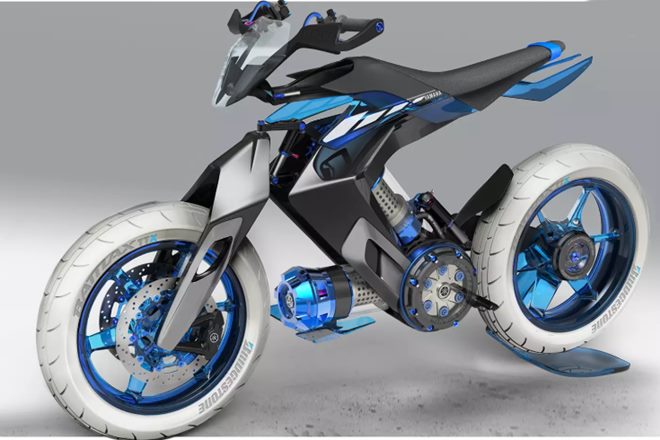 Yes, you read that right! Yamaha is currently working on the development of a motorcycle that will run on water. The company has recently released the sketches of the said model, however, it is still in concept form. Named as XT 500 H2O, the suffix is there for a reason and you will understand it even if you have the knowledge of some basic chemistry nomenclatures. The XT 500 H2O concept has been created by industrial designer  Maxime Lefebvre and the project has been commissioned by Yamaha itself. The upcoming Yamaha XT 500 H2O will be propelled by a closed-loop H20 motor and will have a water pump that basically cycles water and offers a means of propulsion.  Now, apart from the fact that the Yamaha XT 500 H2O will be one interesting water-powered motorcycle, there is one more reason why we are quite excited. 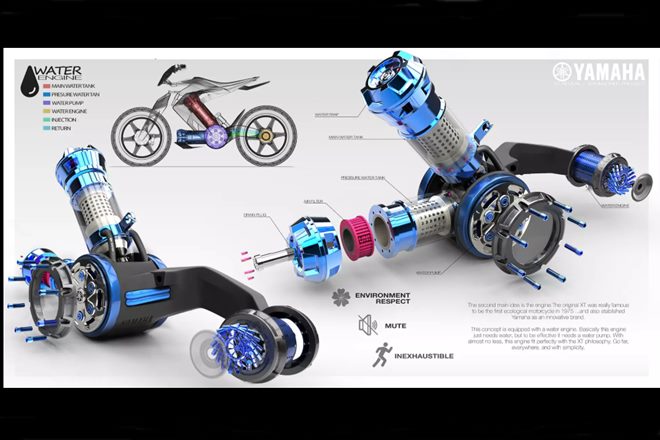 The said model will revive the company’s iconic XT 500 dual-purpose motorcycle that looks quite evident from the sketches. The XT 500 was made from 1975 to 1981 and was better known as a lightweight bike that could take on any terrain with ease. Power on the said model was delivered with the help of a 499cc single-cylinder, four-stroke engine that used to produce 32 hp of power and 38 Nm of torque. The top speed of the XT 500 was pegged at 160 kmph.

Just like the said model, the Yamaha XT 500 H2O concept also gets a minimalistic approach. Moreover, how can one ignore the white shaded tyres that certainly seem to gel well with the overall styling of the bike? If the company manages to bring this bike to reality, needless to say, it would be a shining feather to its hat. A water-powered motorcycle not only has an absolute null negative impact on the environment but there will be no scarcity of its source of power and hence, its running costs will be quite minimum, possibly much lesser than that of an electric bike.

So, is the Yamaha XT 500 H2O the next big thing coming from a mainstream manufacturer? We certainly think so!