KTM India has officially teased the upcoming new-generation RC 390 on its social media handles. The new 2022 KTM RC 390 will get a host of updates over the outgoing model. 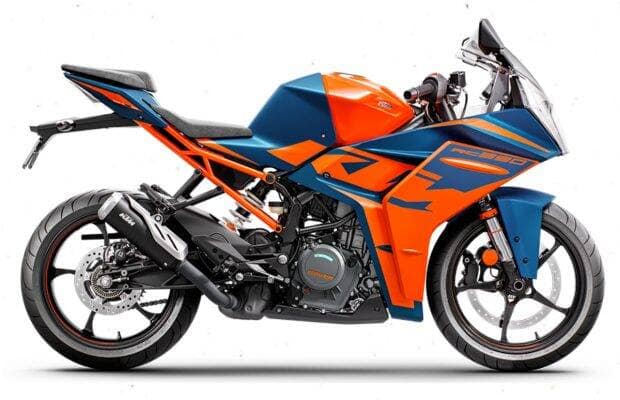 KTM took the wraps off its second-generation RC-series motorcycles globally in August this year. While they were expected to come to India early next year, Bajaj Auto-backed Austrian two-wheeler maker surprised us by launching the new RC 125 and RC 200 in October itself. Now, the company is planning to soon launch the new-gen RC 390 in India. The new 2022 KTM RC 390 has been recently teased on the company’s official social media handles, hinting at its imminent launch.

The new-generation KTM RC 390 looks identical to other updated RC-series motorcycles. In terms of design, the new RC 390 gets a complete makeover over its predecessor and it even weighs nearly 7 kg less than before. At the front, it sports a new layout for the headlamp that features an all-LED set-up along with LED turn indicators that also double up as DRLs. It gets a new visor too that provides wind protection and aids in the motorcycle’s overall aerodynamics.

A post shared by KTM India – Ready To Race (@ktm_india)

The 2022 KTM RC 390’s re-designed bodywork and chunky fairing enhance the overall sporty appeal of the motorcycle. Talking about features, it gets a new Bluetooth-enabled TFT display that supports KTM’s My Ride application too. Thanks to its new switchgear, KTM riders will also be able to control music playback and phone calls on the go. The new RC 390 features a host of electronic aids too which include KTM’s Supermoto ABS mode, cornering ABS, and cornering traction control system along with an optional bi-directional quick-shifter.

Talking about the powertrain, the new KTM RC 390 gets the same engine as its predecessor, albeit with some minor tweaks. It is powered by a 373.2cc, single-cylinder, liquid-cooled, fuel-injected engine. This motor develops 43 hp of power and 37 Nm of peak torque (1 Nm torque more than before). The engine comes mated to a 6-speed manual gearbox. KTM will launch the new-generation RC 390 in India very soon and it is expected to be priced under Rs 3 lakh, ex-showroom Delhi.