The all-new Honda CB300F has been launched in India at a starting price of Rs 2.26 lakh, ex-showroom Delhi. Here are the top 5 things you need to know about this naked street-fighter motorcycle. 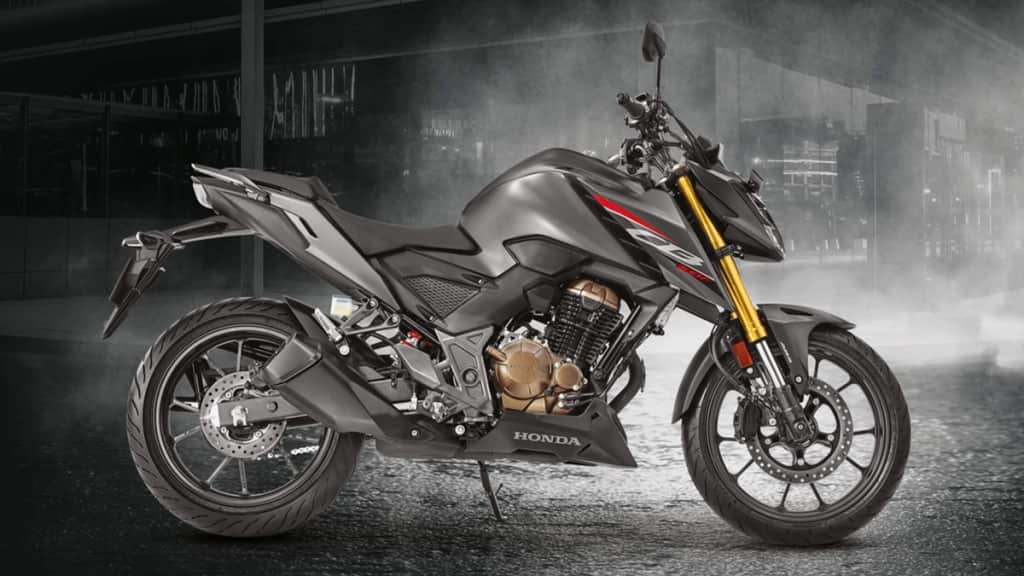 Honda has recently launched the all-new CB300F in India at a starting price of Rs 2.26 lakh, ex-showroom Delhi. The new 2022 Honda CB300F will be retailed via the company’s premium BigWing showrooms. Bookings for the same are now open while the deliveries are expected to begin soon. Here are the top 5 things you need to know about this naked street-fighter motorcycle.

Honda says that the CB300F shares design DNA with the international-spec CB500F. However, it looks more identical to the Hornet 2.0 than the CB500F. The all-new Honda CB300F gets a sharp front fascia with an all-LED lighting system. Its side profile looks striking and sports a split seat set-up, V-shaped alloys, etc. The CB300F is offered in three colour schemes – Mat Axis Grey Metallic, Mat Marvel Blue Metallic, and Sports Red.

Powering the new Honda CB300F is a 293.52cc, single-cylinder, oil-cooled, fuel-injected engine. This motor churns out 24.1 bhp at 7,500 RPM and 25.6 Nm of peak torque at 5,500 RPM. The engine comes mated to a 6-speed manual gearbox and it gets an assist & slipper clutch as well. This naked streetfighter also features Honda’s Selectable Torque Control (HSTC) system.

The Honda CB300F gets golden USD front forks and a 5-step adjustable mono-shock absorber at the rear. For braking duties, the motorcycle features a 276mm front disc brake and a 220mm disc at the rear with dual-channel ABS. It rides on 17-inch tubeless tyres. In terms of features, the CB300F gets an all-digital instrument cluster with Bluetooth connectivity, a voice control system, hazard lamps, etc.

The new 2022 Honda CB300F is offered in two variants – Deluxe and Deluxe Pro. While the Deluxe variant has been priced at Rs 2.26 lakh, the higher-spec Deluxe Pro with Bluetooth costs Rs 2.29 lakh, all prices ex-showroom Delhi. It will take on the likes of the BMW G 310 R, KTM Duke 250, Bajaj Dominar 400, etc.