TVS Apache RTR 180 was due for an update since long. Finally, the new model has been launched in India at a starting price of Rs 84,578 (ex-showroom, Delhi). Here’s what all new you will get on the 2019 TVS Apache RTR 180 besides visual updates. 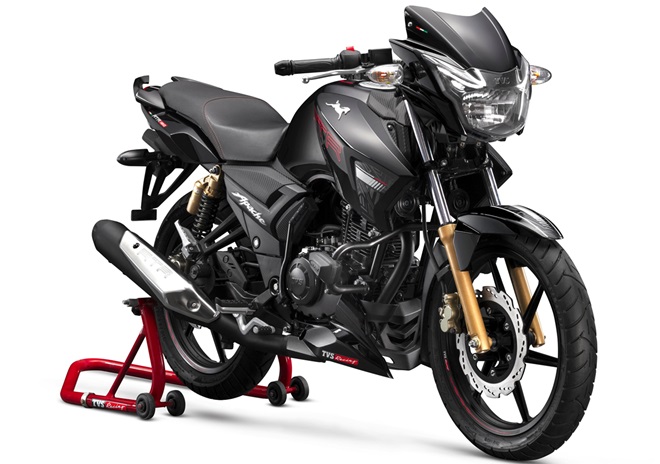 2019 TVS Apache RTR 180 has just been launched in India under the brand’s celebration of 3 million Apaches on the roads. While the standard model of the new RTR 180 has been priced at Rs Rs 84,578, the ABS version will cost you Rs 95,392 (ex-showroom, New Delhi). The bike is available in a total of five colour options namely Pearl White, Gloss Black, T Grey, Matte Blue and Matte Red. One of the prime visual changes on the 2019 TVS Apache RTR 180 is the new race-inspired graphics that makes it look better than before. Speaking of new features, the new model comes with multiple bits such as a white back-lit speedometer with dial-art, novel Alcantara like finish seats, a crash guard with integrated frame sliders and a forged handlebar end weights for a detailed premium finish.

Mechanically, there are no changes on the new TVS Apache RTR 180 and the bike continues to get power from the same 177.4cc, single cylinder, air-cooled engine mated to a five-speed transmission. The engine is good for developing respective power and torque outputs of 17 bhp and 15.5 Nm. 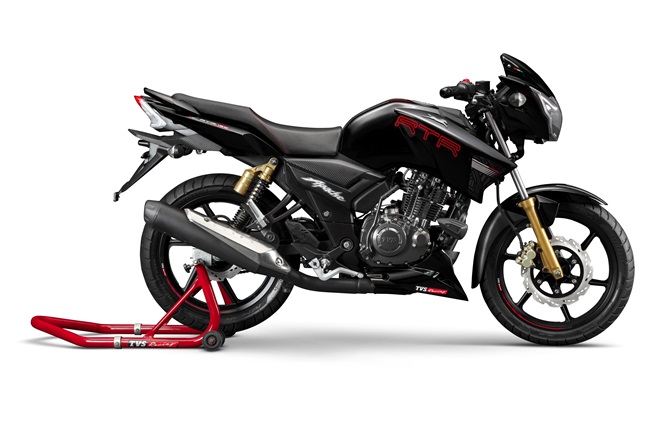 Braking on the TVS Apache RTR 180 is taken care of with the help of 270mm petal disc brake up front along with a 200mm petal disc brake at the rear. The suspension set up comprises of conventional telescopic forks along with twin spring rear shock absorbers. TVS Apache RTR 180 is the only and first motorcycle in the segment to offer a dual channel ABS (Anti-Lock Braking System).

The launch of the TVS Apache RTR 160 4V made the position of the RTR 180 quite tricky in the company’s line up as the former was launched at a similar price with a better design and more features. In such a case, while many had assumed that the RTR 180 will soon be retired from the company’s line up, this does not seem to be happening at least for now with the latest announcement.