The most exciting bike launch of the summer is upon us. The Street Triple S 2017 powered by an engine that will be used in a Moto 2 racer. 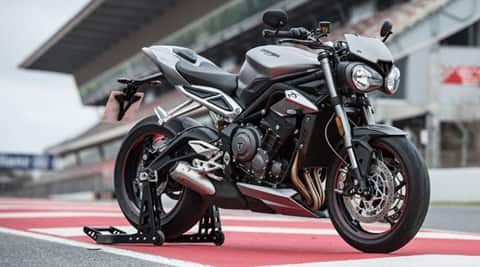 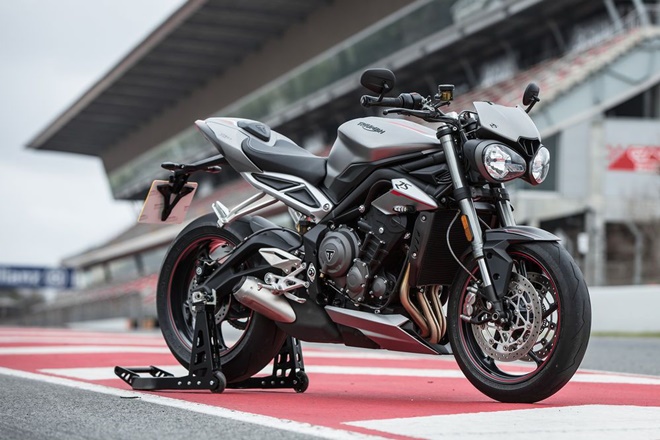 Following reports that Triumph has opened bookings for the 2017 Street Triple 765, with the minimum token starting at Rs 1 lakh. The launch date has now been set on the 12th June this year. The Speed Triple which will be available in three trims, S, R and the RS. However, thus far Triumph will only launch the S variant on the 12th the rest of the line-up will follow in the months to come.

For those of you who have not been following, the 2017 Speed Triple isn’t any run of the mill update. Triumph have poured a lot of time and R&D into it, and the result is an all-new motorcycle. The Speed Triple will get a host of new features including, ABS (Anti-Brake Locking System), a ride by wire throttle and an advanced traction control system, that feature multiple riding modes and, for the clinically insane among us, can be switched off entirely.

That aside, Triumph ditches the analogue dials and replaces them with a fully revised LCD instrument cluster. However, the Street Triples party piece is the new 765cc mill which is loosely based on the existing 675 motor.  Thumb the starter, and you will have a smashing 111 hp and 71 Nm of torque, to get you around on the S model. The R is expected to make 116 bhp and produce 75 Nm of twist. The mental RS raises the stakes even further, making 121 bhp with the same torque as the R.

What makes the prospect of these engines even brighter is the fact that the engine from the Street Triple RS will be supplied for Moto2 world championship starting 2019 under the company’s three-year contract. The only thing that remains the same as the outgoing model is the chassis, which will be fitted to a different swing-arm.