2017 MMSC FMSCI National Motorcycle: One of the most closely contested seasons enters its fourth round

The national motorcycle championship enters its fourth round, in what is turning out to be one of the most closely contested championships in the history of the event 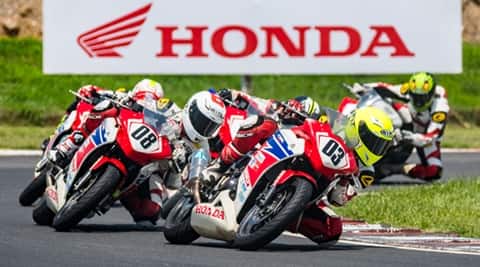 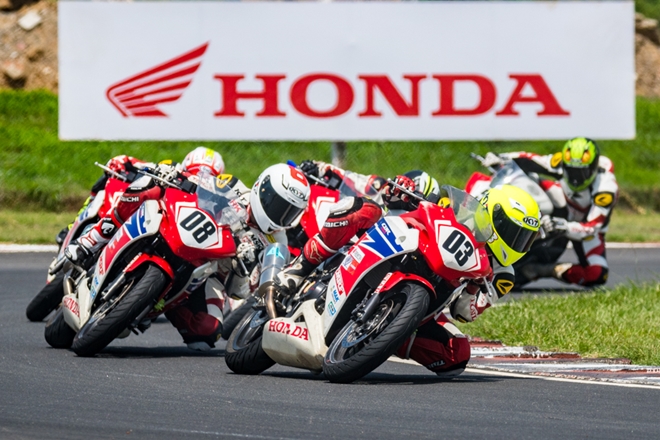 The 2017 MMSC FMSCI National Motorcycle Racing Championship moves into its fourth round this weekend, and the heat builds up for championship honours. This year’s championship is turning out to be one of the most intensely fought championships in the history of the event. The 44-strong grid will all be vying for a top spot at the Madras Motor Race Track across National Championship and the Honda One Make Race Championship.

Elaborating on the upcoming Round 4, Mr Prabhu Nagaraj, Vice President, Customer Service, Honda Motorcycle and Scooter India Pvt. Ltd. said, “This race is extremely crucial for Honda 2 Wheeler India team. We want to solidify our position in the championship even further. Achieving the podium finishes in the last round has been extremely encouraging for our riders. With their supreme form, they are fully charged and motivated to battle it out again. We are confident that our riders will build on the points lead and keep the winning momentum intact. With the backing of their international learning and superior race machines, this will be a race to watch out for.”

In the 165cc Super SSportscategory, Honda’s contingent will be led by Rajiv S, who recently participated in the 2017 ARRC championship followed by Mathana Kumar and Hari Krishan R. Kumar stands in second on the scoreboard while team-mate Rajiv S leads the points table with 111 points. The pro-stock 165cc category sees B Aravind leading the points table with a strong 108 points.

As for the Honda One Make Championship, the action continues with 15 riders on the grid from Apex Racing and Honda Ten10 racing. The grid will boast of India’s stalwart racing talent including Rajiv S, Hari Krishnan R and B Aravind among others.