The Carberry’s carburetter engine meets the BS4 emission norms and it is expected that a fuel injected version too may be launched it the future. 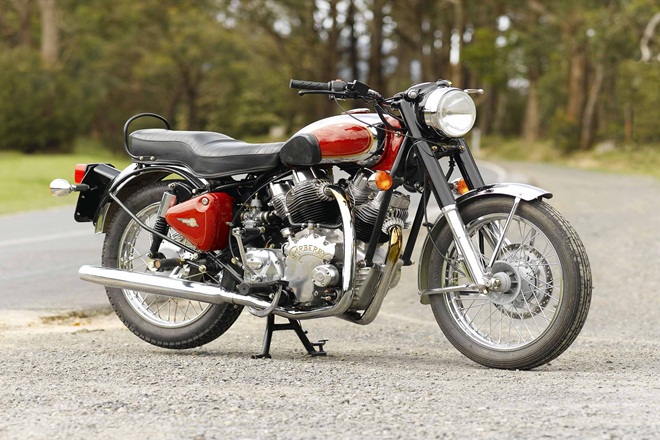 Australian Custom Motorcycle Carberry caught a lot of attention in 2016 with its 1000cc V-twin Royal Enfield-based engine. Now, Carberry Motorcycles has gone ahead and launched the 1000cc V-Twin Royal Enfield engine at a price of Rs 4.96 lakh. The launch, however, only is for the engine and does not include the rest of the motorcycle. Those interested in a fully-built motorcycle will have to wait little more as it will be available later this year. The company’s official Facebook page reveals that 1000cc carburetter engine will produce 52.2 hp of power and 82Nm of torque. The engine will be mated to a 5-speed gearbox with 7 plate clutch and high strength primary chain. The Carberry’s carburetter engine meets the BS4 emission norms and it is expected that a fuel injected version too may be launched it the future. The builder has designed the clutch to such strength that it can handle the forces even from a 2-litre car engine. In addition, there’s a heavy duty starter for the motor. The lifters and oil pump run in their own housing that can protect the engine from wear and damage and oil capacity is 3.7 litres. The motor is claimed to provide linear power delivery throughout the rev range and with a minimal vibration. In addition, the builder has not included the exhaust set up within the price mentioned.

The manufacturer has started accepting bookings for the engine at a 50 percent amount with deliveries expected to start in four to seven months. The builder is currently operating in Bhilai, Chattisgarh but will shift its operation to Pune in an undisclosed frame of time.

Royal Enfield has enjoyed a prominent fan following in India since the 1950s and lately custom builders and modifiers have given a greater edge to the Bullets and Classics. Custom designed and built Royal Enfield motorcycles have been much appreciated in the Indian market, giving a general idea about what an average RE rider wants from his/her motorcycle, including higher displacement engines. 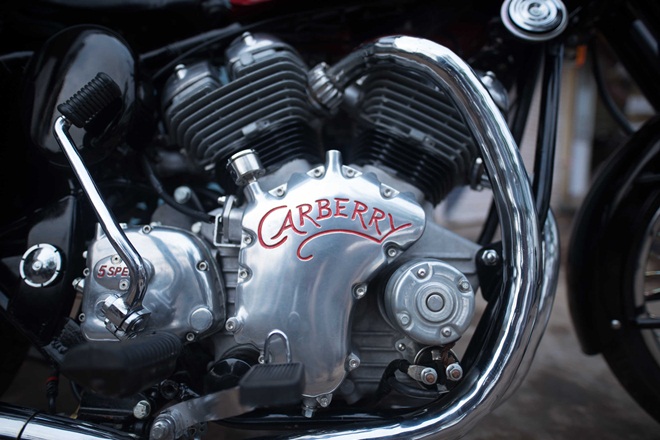 This is where Carberry comes in. The 1000cc engine, based on 500cc RE units, could very well catch on owing to already established an allegiance to the brand. Not just Royal Enfield, Carberry stands to compete against entry level motorcycles from big fish like Harley-Davidson, such as the Street 750 and the Street Rod. If Carberry can provide reliability and if the company does start making substantial sales, prices could also be brought down eventually.