Auto Expo 2018 is a few days away and Kawasaki is expected to bring an off-road motorcycle that will come based on the KLX 250. Having said that, the motorcycle will most likely share its engine with the latter with almost identical power and torque outputs. Expected to be priced competitively, 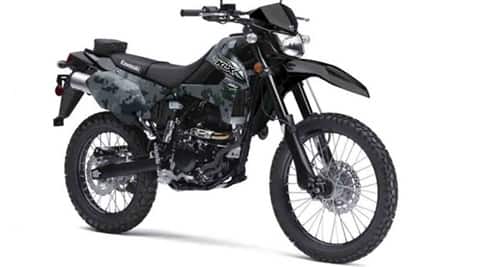 Auto Expo 2018 is just a few days away and Kawasaki will take part in the biennial event independently. The reason being, Kawasaki had parted ways with Bajaj Auto a few months back. The company had showcased some interesting motorcycles at 2017 EICMA motorcycle show in Milan, Italy and some of them will make their way to the Auto Expo 2018 as well. Now, there will be a surprise motorcycle at the Expo and the news will bring joy to the adventure bike enthusiasts in the country. As per a report on Autocar India, the company will likely launch an off-road motorcycle that will come more or less like the 2018 Kawasaki KLX 250. If that happens, the said bike will be the first such product by Kawasaki for the Indian two-wheeler market as it will be road legal as well.  The new Kawasaki 250cc motorcycle will take on the likes of Hero XPulse that is also set for Auto Expo 2018 debut. Due to this reason, the adventure junkies in the country can get to see not one, but two all-new adventure bikes at the same time. This is interesting due to the fact that currently, there is no road legal off-road bike on sale in India in the segment.

At the moment, it is not sure that the upcoming Kawasaki KLX 250 based motorcycle will come via the Completely Built unit (CBU) route or Completely Knocked down (CKD) route. If the manufacturer chooses to bring the motorcycle through the latter, one can expect competitive pricing and hence, the Hero XPulse might have reasons to worry. The motorcycle will most likely share its engine with the 2018 Kawasaki KLX 250. The 249cc, single-cylinder, liquid-cooled engine is expected to churn out respective power and torque outputs of close to 27 hp and 24 Nm.

Besides, one can expect the motorcycle to come with multiple off-road friendly bits such as long travel suspension, a windscreen, wired wheels, raised up exhaust and lot more. More details to be revealed at Auto Expo 2018. The Kawasaki KLX 250 based off-roader will come with a higher price tag than the Hero XPulse. The bike can turn out to be a good option for those who want a slightly more powerful adventure bike than the latter and would not mind spending a bit more.