Written by M Sarita Varma | Thiruvananthapuram | Updated: Oct 10 2011, 12:12pm hrs
Natural Rubber (NR) market has plummeted since mid-September, not out of any demand-supply distortion, but purely because of weak sentiments in the international markets, say analysts at the Association of Natural Rubber Producing Countries (ANRPC). 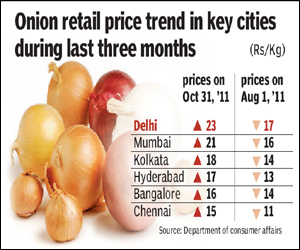 In the short term, NR market may continue to be fragile due to exogenous factors, says Jom Jacob, senior economist, ANRPC. Any marked improvement can be expected only after global economy returns to recovery path, he told FE. Implantations in India have resumed following favourable change of weather, although the sheets are yet to reach the market. In tune with the international prices, spot rates in India had been tumbling below their R210 per kg highpoint from mid-September in Kottayam and Kochi markets too. According to traders, sheet rubber has refused to budge to R210 per kg in the second half of September. Even in October, RSS-4 price has fallen from R209.5 per kg to R208.5 per kg in Kottayam markets. However, market analysts descibe this as a response to global price trends.

The exogenous factors listed by ANRPC in its statistical bulletin for October are the weakening of currencies in Thailand, Indonesia and Malaysia, fall in crude oil prices and the poor market confidence due to sovereign debt issues in the US and Europe. Although supply shows a marginal improvement over what was previously assessed, concerns over NR availability still persist, notes Kamarul Baharain Basi, Secretary General, ANRPC, in the editorial of monthly bulletin Natural Rubber Trends and Statistics.

Analysts are categorically clear that NR suffers from weak Baht, Indonesian Rupiah and Ringgit. Jacob points out that a weak local currency usually depresses NR prices, traded in terms of dollar because competing exporters tend to reduce the offer rates. Since foreign investors trimmed holdings of emerging market assets, the currencies in the three NR-exporting countries had depreciated in September, causing corresponding bearishness in NR market.

At the same time, there is a piece of good tidings in the demand side. The import of NR by China, a major consumer, has been better than what was projected a month earlier. Total NR consumption in China, India and Malaysia together is estimated to rise 2.7% in the third quarter. It was a fall in consumption by 1% and 4.2% in Q1 and Q2, respectively. Increased consumption forecast is likely to buoy the market sentiments, to a large extent. Much to the relief of rubber consuming industry, ANRPCs latest report has also said that its earlier prediction of NR tight supply situation was because of incomplete farm-level information from NR-producing countries. During Q3, supply is estimated to have grown 6.1%, as against 3.3% growth anticipated earlier.