Written by Rituparna Bhuyan | New Delhi | Updated: Aug 21 2009, 06:51am hrs
The commerce ministry has released a series of guidelines, which seek to partially relax land acquisition norms for special economic zones (SEZs) by state governments. In addition, the norms for building SEZs, which are bifurcated by roads or railway lines, have also been released by the ministry.

An empowered group of ministers had banned compulsory acquisition of land by state governments for SEZs in April 2007 amidst mass protests in Maharashtra and West Bengal. But now a new set of guidelines, released on August 18, will allow states to acquire land for SEZs if land owners have withdrawn or not filed objections towards the move. At the same time, the landowners will also have to give their consent to state governments.

Due to the ban on compulsory acquisition by state governments, SEZ developers have been buying land directly from the owners. While most small and mid-sized SEZs were able to buy land from owners, many multi-product SEZ projects, which require a minimum of 1,000 hectare, are facing difficulties in completing the land acquisition process due to opposition from owners and a demand for additional price for their plots.

The new guidelines also reaffirm that if owners have any objections to the acquisition of land by state governments for SEZs, the inter-ministerial board of approval (BoA) on SEZs will not consider such cases. 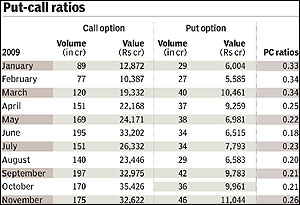 It seems this is an exception clause for zones, which are yet to complete land acquisition between April 2007 and August 2009. But if there is any objection by land owners to compulsory land acquisition by state government, the SEZ proposal will not be considered, said Vikram Bapat, executive director, PricewaterhouseCoopers.

Experts do not see any significant benefits form the move but maintain that this could help companies which do not want to be involved in buying land from owners and thus want the state governments help. SEZs, which do not have the intended land area under possession, are given in-principle approval by the BoA. There are about 146 such SEZs in the country, which plan to acquire 1,25,163 hectare of land. But many of them have asked for more time from the government to complete the land acquisition process.

For example, Reliance Haryana SEZ Ltd has asked for more time to complete land acquisition for its proposed 5,000 hectare SEZ at Jhajjar, three times since mid 2006. The zone was given an in-principle nod in March 2006, but has been able to acquire only 1,059 hectare of land in the area. Of this, 440 hectare was notified as a multi-services SEZ, while the company has an additional 486 hectare as non-contiguous area. Also, Haryana State Industrial and Infrastructure Development Corporation (HSIIDC) has transferred 133 hectare of land to RHSL. While the previous two applications on the extension of time were accepted, the BoA deferred its decision on its latest appeal, along with three other similar pleas.

Meanwhile, the commerce ministry has also released norms, which specify that developers will not get any tax benefits for taking steps to link non-contiguous areas of SEZs by constructing over-bridges and underpasses. SEZ related rules discourage non-contiguous area for SEZs, but approve proposals with separate land tracts on a case-by-case basis. The new rules will ensure clarity on policy measures to be followed while developing SEZs, without a contiguous area.