Written by Michael Walton | Michael Walton | Updated: Nov 7 2008, 06:19am hrs
Why is the election of Barack Obama so compelling, to so many in the United States and beyond And will President Obama be an agent for transformation at home and in the world

Even via CNN from India the election has been deeply affecting. Two of many moving experiences have been seeing the tears in the eyes of older black men and women, and the energy, excitement and engagement of so many young people.

This is especially compelling because of the contrast with the sense of political apathy and cynicism that has been so prevalent within the United States, and the feeling from abroad that the country has been in the grip of narrow interests and blinkered ideology.

Part of the answer to why the election has been so moving is of course that Obama is the first black president of the United States. His election is a huge symbolic step to the realisation of Martin Luther Kings inclusive dream. This symbolism resonates beyond the United States, in the Kenya of his father, throughout Africa, and throughout a world in which ethnic difference is all too often a source of polarisation or exclusion. The answer also partly lies in the range of specific policy promises that seek more equality of opportunity at home and greater multilateralism and tolerance abroad. Of equal interest is the nature of his campaign.

The power of Obamas public presence flows not only from the eloquence of his speeches, but from his capacity to voice a narrative of inclusive opportunity in a way that provides an invitation to others to engage. He relentlessly emphasises that change depends not on him, but on us, that he himself is imperfect. He has an empathetic capacity that is intellectual as well as emotional. This is the opposite of narcissistic grandiosity. A narcissistic leader can also excite, but the focus is on what he, or she, will do. By contrast, Obama provides a container for the aspirations of those whose own hopes have been suppressed, disappointed or diverted into narrowly self-interested pursuits. 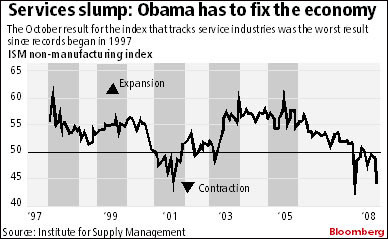 This capacity to inspire others is made both more potent and more credible by a second essential feature of his campaign: its remarkable organisational effectiveness. This included highly innovative use of the internet to connect people, raise money, transmit information and foster the exchange of ideas. The totally unprecedented number of small donationsa revolution in campaign financewould only have been possible with the use of the internet. Organisation and social mobilisation provides a bridge between psychological motivation and effective action. Volunteers knocked on a million doors in Pennsylvania last weekend.

The anthropologist Arjun Appadurai developed the concept of the capacity to aspire on the basis of his interpretation of social mobilisation and action amongst the poor and social activists in Mumbai. The capacity to conceive of and navigate alternative futures was shaped by the cultural process of social engagement of poor slum-dwellers. In a different context and with different means, Obamas presidential campaign has helped create, or re-awaken, the capacity to aspire of many Americans.

But will President Obama be effective in the management of change After winning the Democratic partys nomination, his team made an impressive shift from aspirational principle to increasingly specific policy proposal. There is demonstrated organisational capacity, resilience under pressure, and the broad movement. Both within the US and internationally, Obamas empathetic and inclusive approach provides an invaluable point of departure for healing the wounds of a polarised world.

However, both within the US and in the world, the new president will face a host of vested interests and established, institutionalised structures of decision-making. Indeed, President Obama will face resistance from old ways of thinking within the Democratic Party, that now has a tighter control over the legislature, as well as the Presidency.

Decision-making will also be in the context of a tougher economic environment than the US has experienced for a very long time. While a short-run fiscal stimulus is desirable, fiscal consolidation will be required in the medium term. There is perhaps a silver lining from the financial and economic crisis: the hubris of under-regulated financial capitalism has gone, and there will be more willingness to explore new options. But when times are tough, established interests fight harder to protect themselves. One of the central questions in the domestic policy arena will be whether Obamas highly inclusive, all-America approach can be translated into the need to confront both vested interests and established thinking.

Barack Obamas election is symbolic of the success of a transformative movement. It has breathed new life into tired old phrases of hope and opportunity. It will be both intriguing, and of enormous importance both to Americans and the rest of the world, to see how this is translated into institutional change and policy decisions in office.

The author is at the Harvard Kennedy School, the Institute of Economic & Social Change and the Centre for Policy Research