Written by Surabhi Rastogi | Surabhi | New Delhi | Updated: Nov 30 2009, 08:23am hrs
More negotiations between the Centre and states are set to take place before the goods and services tax (GST) is finally implemented. The finance ministry has expressed serious reservations about the GST structure proposed by the Empowered Committee of state finance ministers in its first discussion paper. Significantly, it is also expected to write to the EC on the schedule for rolling out the tax, and whether it needs to be delayed.

Two of the main areas for concern for the Centre are the proposed threshold for the tax and its rate structure. State levies like octroi and purchase tax are proving to be other areas of discord.

While the discussion paper has proposed separate threshold for goods and services at the Centre and the state level, the finance ministry is keen that a common single threshold of Rs 10 lakh is retained by both the Centre and the states for goods and services. Too many thresholds would be confusing at an administrative level. A common threshold would help in simplification of the IT infrastructure and also the implementation of the interstate GST (iGST), a senior finance ministry official told FE.

The Centre which has been asked to prepare an IT infrastructure for tax, is of the view that different thresholds would also inconvenience taxpayers, who would have to register separately for payment of goods and services at both the central and state level. In this regard, it has also proposed that registration for state GST (SGST) and central GST (CGST) should be done by a single agency. Experts say that the move will help in tax administration but a large number of small traders will be brought into the CGST net. 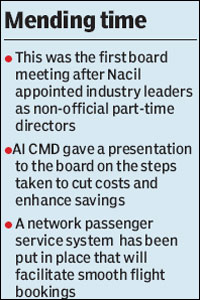 The discussion paper has called for a uniform threshold of Rs 10 lakh for goods and services in SGST. For CGST, it has proposed that the threshold should be kept in sync with the current position. So for goods, it may be kept at Rs 1.5 crore and can be appropriately high for services. Such multiple thresholds will be highly problematic for a harmonised GST, Ernst & Young partner Satya Poddar said.

In another significant break from the ECs decision, the Centre is also keen to simplify the GST rate structure and is pushing for fewer rates for goods in SGST. States have proposed a lower rate for goods of mass consumption, a standard rate, a 1% tax on precious metals as well as a 0% rate or a list of exempt commodities. Effectively, the current proposal would bring four tax rates on goods at state level. How will it be different from the existing confusion under value added tax regime the official said.

In this regard, the finance ministry is also pushing for trimming the list of exempt items. At present, there are 99 goods which are exempt under VAT and 330 are exempt from central excise levies.

Another area of discord is state level duties that have been kept outside the GST net. The Union finance ministry is pushing for the inclusion of purchase tax, octroi, alcohol, natural gas and aviation turbine fuel in the GST regime. While the discussion paper has promised that a final decision on including purchase tax and natural gas would be taken after discussions with the Centre, it has categorically said that alcohol and octroi would be kept outside its purview. Though, states have been keen to exclude these levies from the GST regime, the industry wants these to be brought into the GST net.

Tobacco and alcohol are both demerit goods. If tobacco has been included in GST then alcohol should also be included. It can attract additional levies, the official said.

In another divergence from the discussion paper, the Centre also wants the compounding scheme under SGST to be exclusively for goods and not for services. The discussion paper has suggested that a composition/compounding scheme under GST should be available for dealers having annual turnover of Rs 50 lakh or less. If service providers are also brought into this scheme, then none of them will be paying GST as mostly there turnovers are lower than Rs 50 lakh, the official said.