Written by fe Bureau | Mumbai | Updated: Jul 31 2010, 08:15am hrs
After the first round of hikes in deposit rates by three banks, Kotak Mahindra Bank, Allahabad Bank and South Indian Bank also raised their deposit rates on Friday Three others, Union Bank of India, Bank of India and Axis Bank, are expected to follow suit.

Last Wednesday, three banks, including HDFC Bank, Central Bank and Laxmi Vilas Bank had announced an increase in deposit rates. State Bank of India (SBI) chairman OP Bhatt also hinted about raising deposit rates saying interest rates must start rising from August-September and that they should begin on the deposit side with a rise of at least 25 basis points. 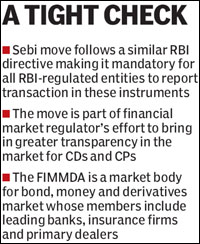 RBI had, on Tuesday, raised the repo rate by 25 basis points and reverse repo rate by 50 basis points. The central bank, in its policy review, pointed out that money supply growth moderated from 16.8% at end-March 2010 to 15.3% as on July 2, 2010, reflecting a slowdown in the growth in bank deposits.

In an interview with FE, Subir Gokarn, deputy governor, RBI said, Until June, there was excess liquidity. Because of this, banks had no incentive to mobilise more deposits because they had enough of a cushion. Also, there have been withdrawals of bulk deposits by PSUs, but that process is coming to an end and a combination of liquidity constraints and accelerating credit growth will give banks an incentive to mobilise deposits.