The proposed Aadhaar centres will be UIDAI’s own – under the authority’s supervision – and will operate in addition to nearly 30,000 centres, currently being run by banks and post offices, and in government premises (offering similar Aadhaar services), they said. 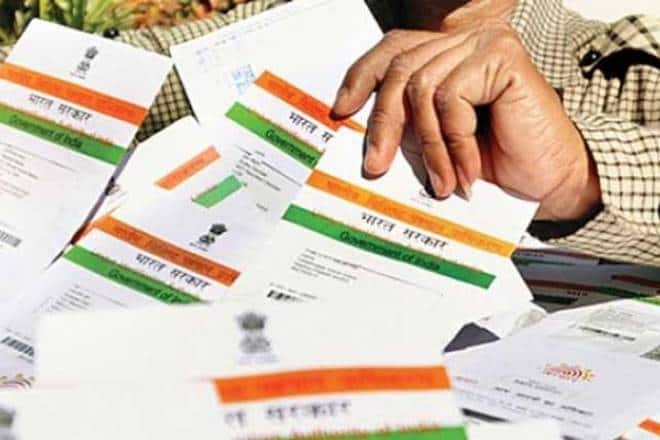 Interestingly, the move comes just weeks after a recent Supreme Court order placed curbs on use of Aadhaar, but allowed it for welfare schemes.

The UIDAI plans to set up Aadhaar Seva Kendras, similar to the concept of Passport Seva Kendras, in a mega project that involves opening of facilitation centres for enrolment and update services in 53 cities across India, official sources said.

The proposed Aadhaar centres will be UIDAI’s own – under the authority’s supervision – and will operate in addition to nearly 30,000 centres, currently being run by banks and post offices, and in government premises (offering similar Aadhaar services), they said. The cost of the entire project is being estimated in the ballpark of Rs 300-400 crore, they noted.

UIDAI officials, who did not wish to be named, told PTI that the centres are aimed at offering convenience to individuals, looking to avail Aadhaar enrolment and update services. These centres are being conceptualised as grander versions of existing bank or post office run units – each bustling centre will have eight or 16 stations depending on population of that city to deal with service requests and queries.

Also Read
Aadhaar PAN name mismatch? Don’t panic! Here’s how to match PAN name and Aadhaar Card name
Aadhaar card documents list: What you need to apply and update your Unique Identity Card
Aadhaar Card mobile number update: How to get your phone number changed on Aadhaar card
How to delink Aadhaar from a bank account? Here’s all you need to know

Interestingly, the move comes just weeks after a recent Supreme Court order placed curbs on use of Aadhaar, but allowed it for welfare schemes. The UIDAI, however, has clarified that service providers can still use offline verification tools like eAadhaar and QR (Quick Response) code that leverage Aadhaar without authentication, any access to biometrics, or revealing the 12-digit number.

The UIDAI believes that this would mean that individuals will continue to need services such as enrolment and updation, if they want to use Aadhaar-based offline modes.

As per some estimates close to 4 lakh people update their Aadhaar details (address, photo, mobile number amongst others) every day, while enrolments are pegged at about one lakh daily. Over 122 crore Aadhaar have been issued, so far.

The Aadhaar-issuing body is now seeking proposals for engaging service providers to open and run the Aadhaar Seva Kendras and extend appointment-based enrolment, update and other miscellaneous services to people. These new centres will be run on the model of Passport Seva Kendras.

The list of cities where these centres will come up include Agra, Ahmedabad, Allahabad, Amritsar, Bhopal, Bhubaneswar, Dehradun, Goa, Guwahati, Hubli, Hyderabad, Indore, Jaipur, Kota and Lucknow amongst others. Besides this, each of the four metro cities — Delhi, Mumbai, Kolkata and Chennai — will have four such centres, and other cities two centres each.

In all, Aadhaar Seva Kendra will come up in 53 cities and will be operational by April 2019.

Last month, the Supreme Court upheld the constitutional validity of ‘Aadhaar’ but limited the scope of the controversial biometric identity project, ruling that it is not mandatory for bank accounts, mobile connections or school admissions.

Holding there was nothing in the Aadhaar Act that violates right to privacy of an individual, the five-judge constitution bench, in a 4 to 1 verdict, cleared the use of Aadhaar for welfare schemes.

The court held Aadhaar will remain mandatory for filing of Income Tax (IT) returns and allotment of Permanent Account Number (PAN) but struck down Section 57 of the Aadhaar (Targeted Delivery of Financial and other Subsidies, Benefits and Services) Act, 2016 that permitted private entities like telecom companies or other corporate to avail of the biometric Aadhaar data.